At a Wing Haven summer camp one year...
Stephanie could not believe I had paid money for them to play in dirt!! 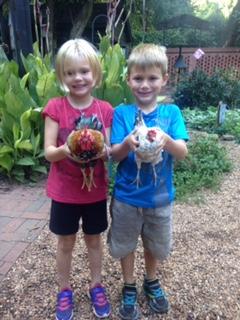 Clipping threads on a quilty gift. 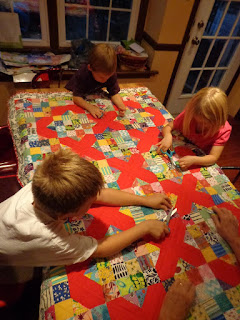 Lordy, they are so little... 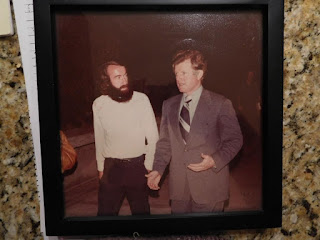 Fintan working at Catholic Charities in Miami.
Discussing care for the developmentally disabled ,with Kennedy
..
The love the children drew on the deck with markers after Granddaddy died.
Drawn with permanent ink so he could see them from heaven, 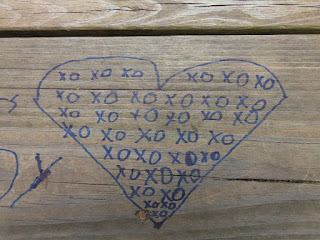 Judy and Diane,...dearest friends from graduate school in Miami..
Through thick and thin...41 years later, still comforting each other. 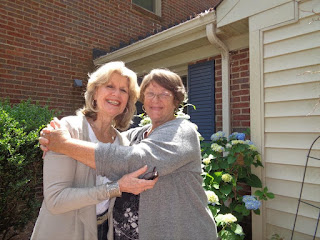 The minute the grandchildren came to live with me, I put them all in karate.
Four years later, they were all black belts.
When I ran out of money , Lynsey cried...I so wish that they had scholarships.
I cried too. 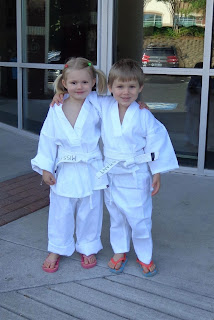 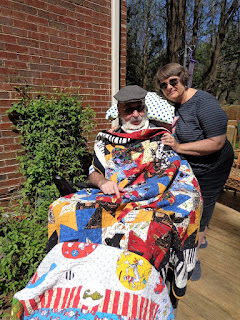 One week before I lost my love to ALS, motor neurone disease. 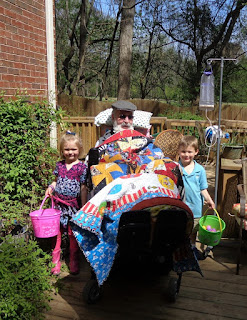 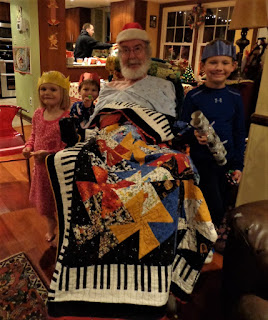 The gleam of hope, as we carry on.. 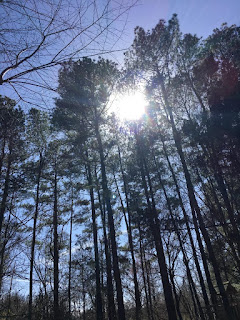 Maya Angelou writes, “There is no greater agony than bearing an untold story inside you.”
Posted by O'Quilts at 9:37 PM

Oh so much meaning and feeling and stories. So much missing but still love, reflecting,regretting but still deep in there more love and gratitude for having had than never having. We keep going and it's still going ok and best it all can. Love and gratitude is the key. We still know that, feel that, hold on to what we have, are blessed with now than not having. 💜

This brought a lump to my throat. xx