Found a radio station on my computer...way new to me.
I learned how to play it...big girl!!
Signed up for a jewelry class.
Had a lovely lunch out with a friend from forever ago.
Voted...early voting.
Funny how the rise from the W of grief feels so good,
even when you know the pain, again... is just around the corner.

I threw away dictates of the quilt police and ...
Just pinned that quilt right over another, hanging in the living room..Ha!!. 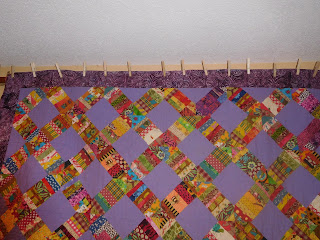 Dylan's birthday visit from his mother at Kindergarten school lunch 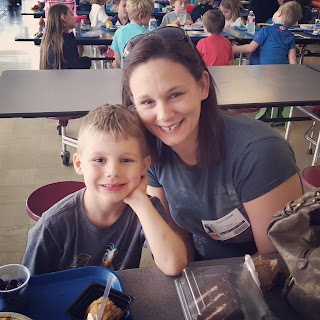 An admirer here as my girl tries on a dress she rejected, before sending it back to Atlanta. 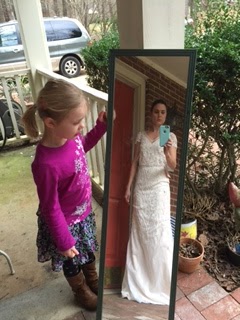 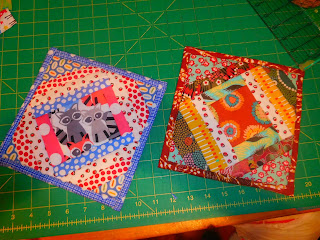 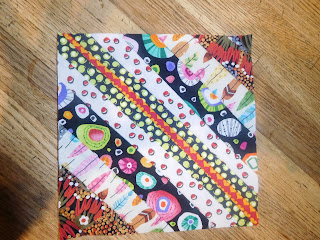 Last but not least,  is Evan with the quilts he designed on his I-Pad.
......while lurking during my quilting group. 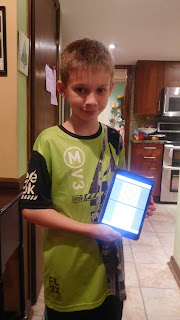 With the bits of dark Cadbury that Ms Katie gave me to hide from myself,
I am about to watch the 10 O'clock news special on Heroin in the suburbs.
Probably not the best bedtime story...but I just gotta do it.
Posted by O'Quilts at 9:25 PM

I'm loving that quilt on your design wall. I love the photo with the mirror reflection, how clever. Yay for Evan designing quilts!

Happy birthday to your grandson, I expect a certain little girl loves dressing up. If that is the rejected dress, the chosen one must be amazing. A budding quilt designer, I'm not surprised with your encouragement he has opportunities to shine.
Hugs

Love your quilt up on the design wall and pleased you had a good day!