A Rainbow Through the Dark Stormy Clouds 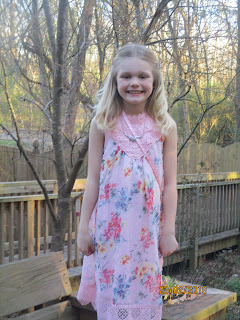 Lynsey was invited to go with her friend and her friend's father.
to the Daddy, Daughter dance at her school.
She had the best time ever.
He came to the door with his daughter and his daughter's cousin, bringing a wrist corsage for Lynsey  They went to dinner and then to the dance.
An added bonus is the sleepover tonight.
I cannot tell you the excitement. 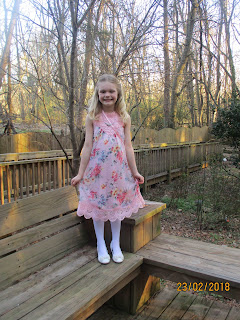 Wearing the dress that her "nana" bought her for her birthday. 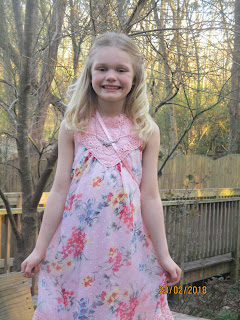 Evan loaned his sister his hairdryer...
He told her she looked pretty.
He greeted the father at the door, introducing himself as her brother.

I had to buy a curling iron... 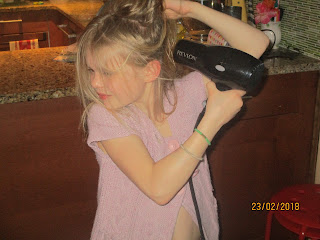 There was much drama as she bossed me around telling me just how she wanted her hair. 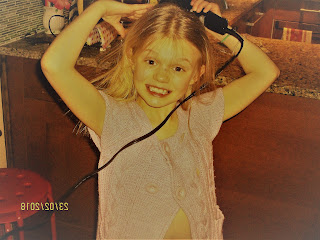 The father called after the dance to tell me that she was safe and sound at his house with his daughters and his wife.
I cannot tell you how kind this was.
This family has no idea the gift they gave.
I am grateful.
I am so grateful that I wanted to post it right away.
I wanted to share today's rainbow.
xo

So So happy this happened for you & your granddaughter - you both deserve this. You are an amazing person but you are doing what needs to be done.

God sends His helper to lend uplifting experiences. I'm so happy for you & your precious grand babies!!

A truly lovely gift! I had some similar moments for my children and know the blessing and peace of such a generosity. So glad for Lynsey, for you, and for the brothers. May the rainbow of yesterday continue to shine upon you today.

Lynsey looks absolutely stunning in her beautiful birthday dress. I hope she had a wonderful time at the dance.

What lovely memories to cherish!

A beautiful young lady! So nice of her friend to share her Daddy, and how kind of the family to give her this special time.

Looks like one happy little girl!! So pleased she had a wonderful time.