The Buzz of the Dragon

Mr and Mrs O'Quilts laugh and love each other xoxo 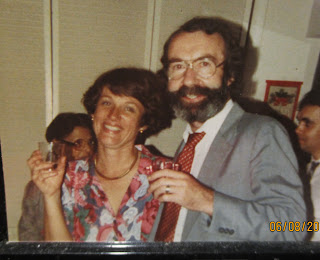 My daughter, Emily..at 19 months, taking her first stitches..Yeah, Emily xo
Making, by the way, her own stroller quilt..😍 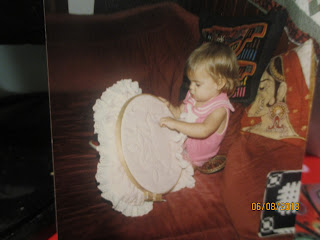 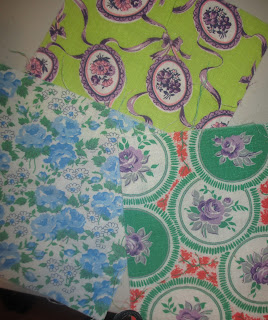 Number 12 is also used in my Swedish flag quilt...yet to be done... 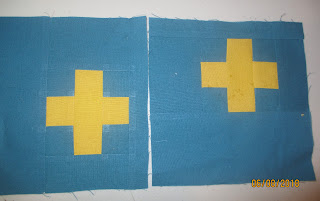 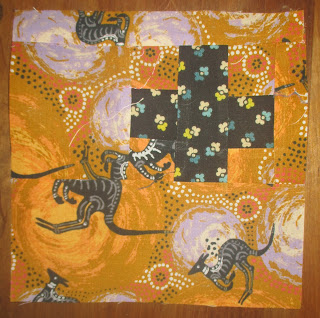 There is a low volume buzz everywhere...in my mind, in the air, a buzz in my ear..
I have been slaying the dragon for 5 years now..
The day of diagnosis to the day of death to now.
At first check, I want to say that I am not very good at slaying..
Considering the type of dragon, ALS,
I have actually become quite good.
Folks wonder why I am not fixed yet.
The P in Post Traumatic Stress....Is for post..as in after.
As in seeing the Hoyer lift years after he has died.
As in watching him unable to talk or breathe.
As in having to communicate with the alphabet board.
As in having young children, 3, 4 and 8 running around the bed,  in adoration of their granddaddy, paralyzed in the bed, one limb at a time.
As in them saying goodbye to Granddaddy before going to the school bus..but he was already dead
and no one knew it.  He was on the breathing machine with his heart going up and down.
As in seeing him dead, when I continued to advocate for him.
I did not know he was dead...I could not know it.
I hated to know it.  It could not be true.
It still cannot be true.
He was my everything.  I loved him so.
This is the buzz I live with, some days better than others.

Memories to cheer the day
Our first trip to Ireland once the adoptions were final. 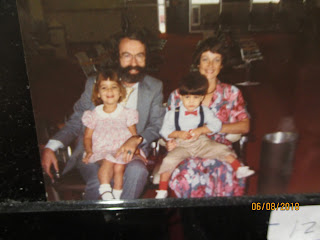 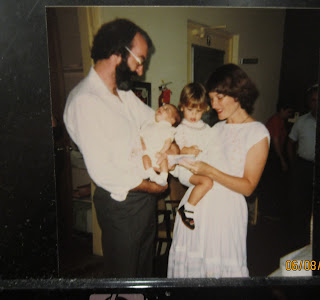 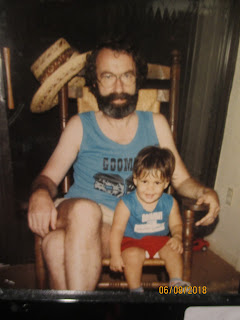 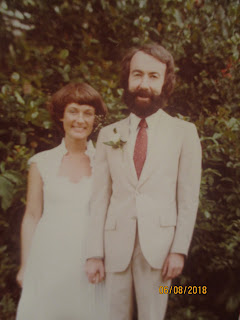 A sweet picture of Emily to bring some joy to your day. I don't think we ever get beyond grieving a loved one, but somedays are just harder than others. And somedays, I am lifted up by happy memories - I hope you will be lifted up soon too

Big, big, big hug. Such beauty in the midst of such pain. But oh, that love! You were and are so very loved.

What beautiful photos,so full of love and happiness. I'm glad you have these memories to bring some light into your pain. In the context of a lifetime, 5 years is not long.

I love seeing the pictures of you and your hubby when you were young! Beautiful couple. I understand the PTSD after the death of a husband. I have been quite surprised that flashbacks are surfacing. Usually occurs while doing accounting for clients. The one thing we both can be quite grateful for is that we have good memories of our husbands. Not all are that fortunate. Are you still a member of the Charlotte Modern Quilt Guild? Well take care my friend!