I know that you would think that I have been overindulgent.  I was injured and was a great big baby about it.  I self medicated with fabric....I know, I know.....no self discipline like you had.  While looking to reorganize my sewing room to fit in my indulgences, I came upon these...lost to me forever in my mess.  First,  your photo album of my mother's wedding and my birth.   My mother was an only child and you loved her so much. 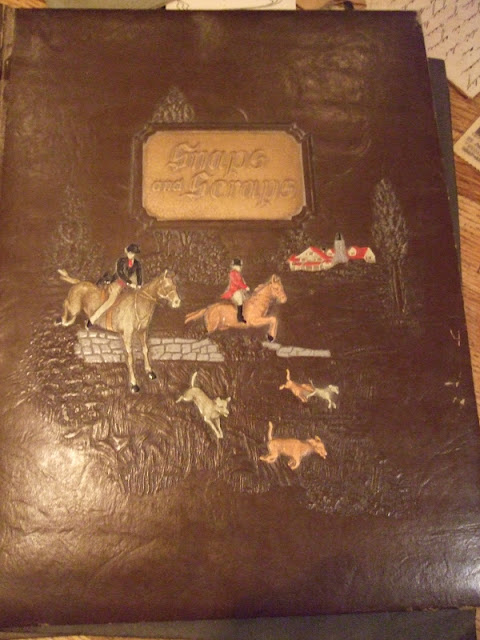 Tucked inside was this....your confirmation book 1910 into the Lutheran religion.  Since you were born in 1896, you must have been 14 and you saved it all this time.  I remember that because of your early religious studies,  you could recite so many Bible passages, in Swedish and in English. 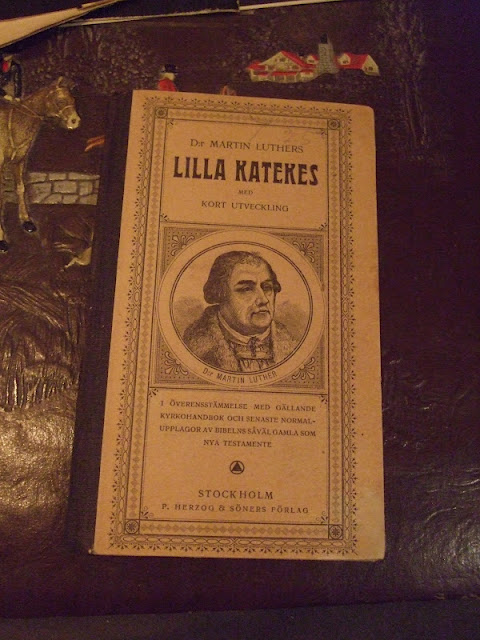 Here is the hardest of them all....The black letters that came to you once you had left Sweden for America....You came at 15 with only your steamer trunk to meet up with your sister, to see the world and to get away from your father...such a 15 year old you were.  First came notice that your father had died..December 13, 1917.  It took two weeks for these letters to arrive and would have taken two weeks by ship for you to get home for a funeral, even if you had had the money.  Then came the other two...even more painful.  These came during the world wide flu epidemic and they broke your heart.  Your favorite sister at such a young age died December 4, 1918 of the flu.  Your mother then died Christmas day, 21 days later of stomach cancer.  And you so young in America, cooking in wealthy houses in Boston barely in your twenties, with a broken heart. 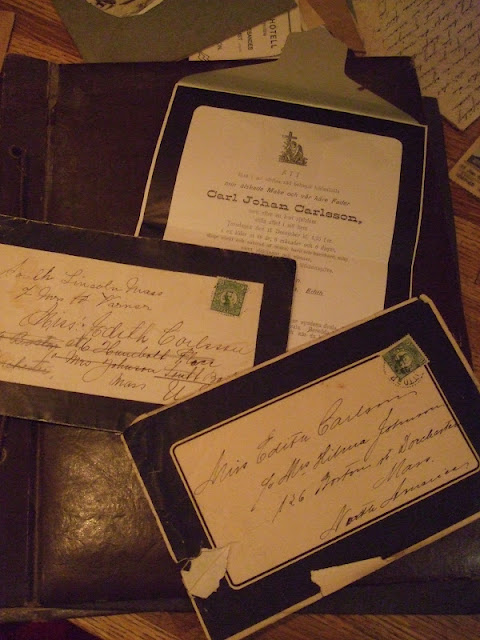 I had originally thought that this ticket cover belonged to your original ticket, but I see that you visited your family in Sweden the month before they died.  I wonder if this was the time you reported dodging the German warships in passage from Sweden to Boston. 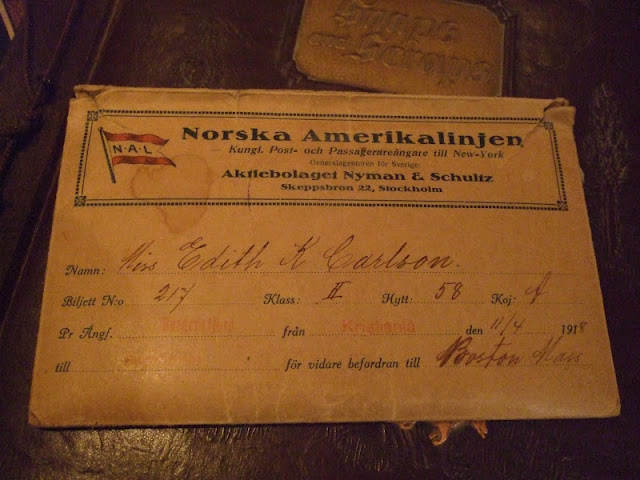 In my office I have the original trunk that you brought when you immigrated to America. 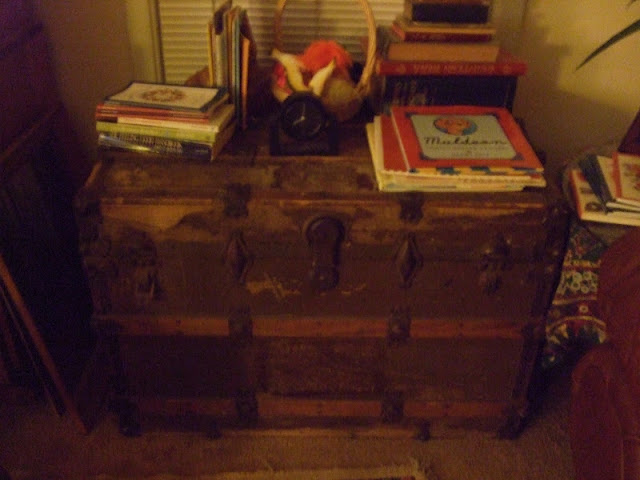 Then Grandpa died on December 4th...So all the special people in your life died in the month of December.  Yet living together, you  made every Christmas a special Swedish Christmas for us.  So now Grandma...my life has not been so hard...a lot thanks to you and the things you taught me.  I would not have come to this post if it were not for all my fabric overflowing my sewing room...and me now looking in the office for more room....Sigh....so I do think you are still watching me...I am going to shoot now for the fabric diet....Which is harder, the fabric diet or the chocolate diet, I do not know...I remember our last visit when you were 5 months shy of 100...We looked over the pictures of the Lottorp Hotel in Orland that your family had owned...and we played a mean game of Canasta....did you cheat??????   I also saw that True Detective Magazine and Bit-O-Honey under your pillow.....xxoo I love you and miss you..Diane
Posted by O'Quilts at 8:34 PM

Oh, Diane - what amazing treasure you uncovered. The lives of the immigrants is amazing. My great grandmother came over as a teenager (from Galway) with her father and he died in a railway explosion less than a month later. She married his boss shortly after, and was considered lucky to have had someone to take care of her. I can't imagine the strength & courage of these young girls! They certainly do make our troubles seem trivial, but your concussion is a big deal! You totally deserve some new fabric!

I am so happy you have these memories. I am Lutheran and to see her confirmation information is a treasure.

This is so touching. I'm glad the fabric purchases led you to revisit your family treasures.

This is such a beautiful tribute to your grandmother and her life. I can't imagine being so young and faraway from home and receiving such sad news. I'm glad that these special pieces of her life are still in the family.